Developers are preparing new projects. Tomasz Mika: the coming months can be anticipated with optimism

“Poland is among the European leaders, and the coming months will confirm this” says Tomasz Mika, Senior Director at JLL in the interview with magazyny.pl. As he admits, tenants and developers are planning new investment projects, and new players interested in the warehouse sector are entering the market. 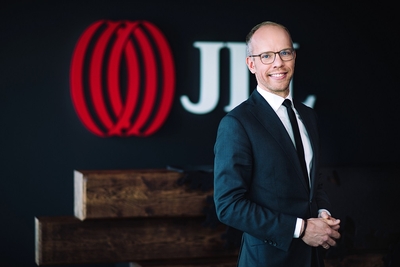 Magazyny.pl: Have recent months been good for the warehouse market?

Tomasz Mika, Senior Director: It has now been one year since the outbreak of the coronavirus pandemic, and during this time many industries have suffered to a greater or lesser extent. However, this cannot be said about the warehouse sector. Undoubtedly, the pandemic has caused some changes in consumer behaviour and positively influenced the development of the warehouse market in 2020.

More and more e-commerce companies are entering the market. Many entities, which have not yet been selling online, have adapted to the current situation and have introduced such a service. This has increased their need for space to store their products. Many companies that were already selling through this channel also needed to increase the storage space for their products.

We have ordered virtually every kind of product online - from groceries, to household appliances, to garden furniture. Usługi logistyczne w minionym roku przeżyły więc prawdziwy boom. I think that some people who have not ordered anything online before have become so enthusiastic about this way of shopping that even after the epidemic they will not stop using this channel of purchase.

How does the market present itself in numbers?

The most question marks, however, concerned how tenants would behave. What do the numbers show?

The results were also highly satisfactory in this case.. Throughout 2020, demand for warehouses reached a record level of 4.8 million square metres. New agreements and expansions were responsible for over 71 per cent of this demand.

Despite the unusual economic situation, the Polish warehouse market achieved a record result last year, which once again confirms its strength.

Poland is also a strong player on the European market.

Absolutely. All these figures I have mentioned allowed Poland to maintain third position among the most active markets in Europe in terms of rented space. Anyway, for a good few years now, Poland is a strong player. In particular in two categories: delivered and rented warehouse space.

It is clear that we have settled into the absolute European top when it comes to the warehouse sector. Moreover, our country is listed alongside Germany, the Netherlands, the UK and Italy as one of the top five European markets.

Does Poland's position help the warehouse sector in this pandemic time?

Undoubtedly, yes. In Poland we have a large local demand, i.e. companies serving the domestic market. However, the development of e-commerce has opened Poland up to global players in this sector. Many of the distribution centres recently opened and those still planned will serve not only our country but also parts of Europe.

An excellent example here is Amazon, which already has nine logistics centres, including those in Sady near Poznan, Sosnowiec, Kołbaskowo near Szczecin, Bielany Wrocławskie or Łódź.

The company's tenth warehouse is currently under construction. In the facility in Świebodzin, with a total usable area of 193,000 square metres, 3 thousand robots will operate. The company will create over one thousand jobs.

All Amazon facilities in Poland mainly serve the German market.

The growth of e-commerce comes as no surprise, but is there anything you could hardly have expected?

In the case of e-commerce, the surprise is not the development itself, but the scale of how this business is growing. In addition, retail companies have been very active. Despite the difficult situation and closed shopping malls, retail chains operated quite dynamically and are still signing new contracts. This is somewhat of a surprise.

And what’s next? What do the tenants or developers you talk to expect in the coming months?

We can all see that we are still going to be operating in pandemic circumstances for some time to come. No one is under any illusion anymore that this is about to end soon, but in a way it helps companies. The worst thing about making strategic decisions is the uncertainty about the future. This year companies know more or less what to expect and plan accordingly for the coming period.

We see a lot of projects being prepared both by developers and tenants. We also do a lot of negotiating and searching for new space.

How much of this new investment is likely to materialise?

Almost 2 million square metres were still under construction in January and this space should be delivered by the end of 2021. Moreover, by far the largest number of investment projects are being commenced in the spring, so we can expect more projects to be under construction soon, which are also likely to be delivered later this year or in early 2022.

I suspect that the growth of new supply will be as good as in previous years and is very likely to exceed 2 million square metres.

We also talk to developers about their plans. On the one hand they are responding to tenants' needs, but on the other they are seriously considering speculative investment projects. Tenants should have plenty to choose from when it comes to immediately available space.

Are there any changes to the buildings themselves?

We can see many changes in technical specifications of buildings. They are not revolutionary, but a lot of focus has recently been put on environmental issues, improving energy efficiency. Certification of buildings is also becoming increasingly popular.

The trends observed also show an increase in the height of buildings. There are already several developers on the market, who declare that all their investments will have a net height of at least 11.5 metres.

Looking back over the past years, it is safe to say that we are currently seeing a lot of change and discussion about raising the basic standard offered on the market.

Can we talk about any “stars” when it comes to warehouse locations?

The five largest markets are constantly growing, new facilities are being built and new rental agreements are being signed. Of the smaller markets, but growing for years, the Tri-City and the entire western wall are very active. This is mainly due to e-commerce.

It is difficult to identify a single location that is a real "star". Taking into account the continuous development of the transport infrastructure in Poland, as well as the growing interest among investors in destinations outside the "big five", I believe that the market will become increasingly diversified in terms of location.

Although the overall assessment of the market is positive, are there any risks on the horizon?

A potential global crisis is certainly a threat. But it is difficult to make any judgements at this point. However, at the moment I would be rather optimistic. We are seeing a lot of interest from investors in the warehouse sector, so we are not in danger of a lack of capital inflow.

Developers are aspiring and still want to build. New players are entering the market - interestingly, these are also small entities that have not invested in the warehouse sector before. Their core business was retail, for example, and now they are looking into warehouse facilities. Such information makes us optimistic about the coming months. 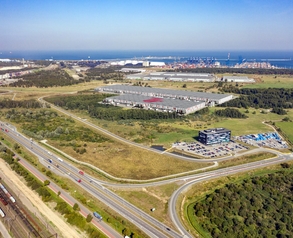