The eastern region of Poland is attracting more and more interest from property developers and tenants. Rzeszów and Lublin attract companies from both the logistics and manufacturing sectors. This increased interest is undoubtedly driven by the growth of e-commerce – says Marcin Krupanek, JLL Consultant, in the interview with magazyny.pl. 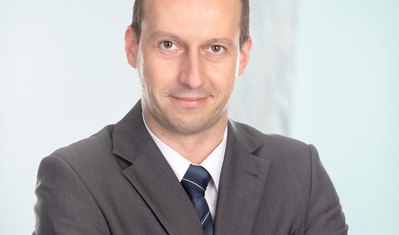 Magazyny.pl: Where does the growing interest in Eastern Poland come from among investors?

Marcin Krupanek, Consultant:  One of the reasons for this is the general development of e-commerce. According to PwC, in 2020 alone, the Poles made more than EUR 15 billion in online purchases, an increase of 31.4% compared to 2019. In addition, according to PwC forecasts, the value of the Polish e-commerce market, which amounted to about PLN 100 billion in 2020, will increase to 162 billion in 2026.

Therefore, it should not come as a surprise that on the growing market companies are looking for places for their businesses. Eastern Poland has a lot to offer, therefore this region is more and more eagerly observed by various industries which see benefits in it for their operations.

What kind of benefits can we talk about in the context of Eastern Poland?

The region is particularly interesting for companies planning new investments because of the highest permissible thresholds of regional public aid in Poland and in the whole of the European Union, which in the case of large enterprises reach up to 50% of eligible costs.

In addition, the catalogue of available support instruments is very attractive. Companies locating their activity or increasing their presence in Eastern Poland can count on two types of support instruments: CIT income tax exemption in the Polish Investment Zone and non-refundable grants from the state budget for investments, creation of new jobs and staff training. What is important, the entry thresholds for both support programmes are significantly lower than in other parts of the country.

In addition, the amount of benefits offered and the time horizon over which they can be used is longer than in other regions. For example, CIT income tax exemption can be used within 15 years (elsewhere it is 10-12 years). The amount of investment grant in the Eastern Poland may reach up to 15% of eligible costs, while in the rest of the country it does not exceed 5%.

Additional factors include, of course, the road infrastructure, i.e. the A4 motorway running through Poland from the border with Germany to the border with Ukraine, or the S19 expressway, which will eventually run from north to south across almost the whole of eastern Poland and connect Belarus with Slovakia.

The Polish section of the Via Carpatia route is a key investment in the region. The road, apart from our country, runs through: Lithuania, Slovakia, Hungary, Romania, Bulgaria and Greece. Ultimately the new road will connect Polish and Lithuanian ports along the Baltic coast with terminals on the Black Sea, Aegean Sea and Adriatic Sea coasts.

Suitable road connections are extremely important and often determine investors' decisions, as well as having a significant impact on the tenant's choice of a particular offer. Low transport costs and the most efficient possible communication between destinations are always high on the list of priorities for companies.

But it is not all about infrastructure?

Definitely not. Rzeszów, for example, has a large and thriving university base. We observe there a very high willingness for cooperation between companies already operating in the Rzeszów market and graduates of the local universities.

I think the workforce is one of the reasons why many companies are looking to locate their business in this region. Apart from the importance of the previously mentioned factors, it is the completion of the team and finding employees that is a growing problem in many regions. Eastern Poland in this respect is an advantage for employers and provides opportunities which are difficult to find in other parts of the country.

What else contributes to the growing popularity of Eastern Poland on the warehousing map?

An aspect which may attract investors and which is worth noting in the context of the eastern market is Aviation Valley. It is located in south-eastern Poland, known for its well-developed aviation industry and pilot training centres. The region is characterised by a high concentration of companies from the aviation industry, research and development centres and a developed educational and training base.

I think that the combination of all these factors means that the eastern regions have a chance for continued development and at the same time are becoming extremely attractive points on the warehousing map of Poland for many businesses looking for new, convenient locations.

At the moment there is a shortage of existing space in Rzeszów. What has already been created is basically fully leased. However, facilities are being constructed, as well as planned, which may be available at the turn of 2021 and 2022. For example, new investments, such as Panattoni or LCUBE, are being developed in the vicinity of Special Economic Zones and the so-called Aviation Valley.

Dworzysko, for example, is a popular location in this region. It is located near Rzeszów, in close proximity to two large transport junctions: the crossing of the national road No 94 and the expressway S19. There is also Rzeszów-Jasionka Airport, about 10 km away.

Slightly further from Rzeszów, but still very well situated, are two other locations. The first of them is Sokołów Małopolski.  It is very well connected to the A4 motorway via the completed S19 section. Thanks to this it is possible to get to Kraków in as little as one hour forty minutes and to the border with Ukraine in one hour. As early as next year, Sokołów will be connected to Lublin by an expressway, which will make it possible to reach Warsaw in 3 hours.

Another excellent location is Sędziszów Małopolski. It takes about 25 minutes to get to Rzeszów from there. Via the A4 motorway, the town is very well connected to Kraków, Upper Silesia and Ukraine. After the completion of the S19 expressway, it will also be well connected with Lublin and Warsaw. The first small industrial and service facilities are already being built in Sędziszów.

In my opinion, the potential for the warehouse market in Eastern Poland is very large. We can be sure that in the near future the supply of warehouse space in this region will increase significantly, and tenants looking for well-located facilities will have plenty to choose from. 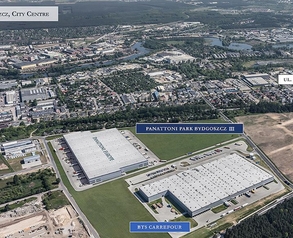 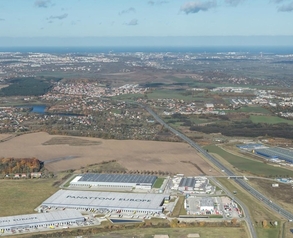