American giant to remain in Katowice

Rockwell Automation, a global manufacturer and supplier of industrial automation and IT solutions, has extended its lease of warehouse and office space in Katowice. In the process of negotiating the new contract terms, the company was represented by the CBRE agency, while the owner of the building - Aviva Investors - was advised by experts from JLL. 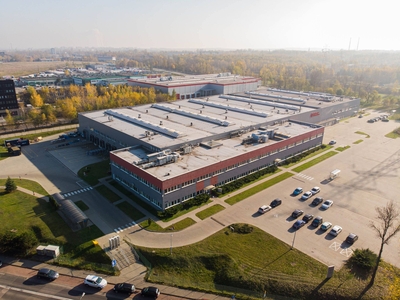 Rockwell Automation has factories around the world. It operates in more than 100 countries and employs approximately 23,000 employees with more than 2,000 people working in Poland. The company has been operating in Poland for over 20 years, and has been developing its production plant in Katowice since 2007.

“Poland is an important market for Rockwell Automation. We appreciate the potential and commitment of the Polish team. Katowice engineers play an important role in the development of our company's products, IT solutions and services. As we are satisfied with the current location in Katowice, which meets our expectations and needs for the production of advanced technological systems for industry, we decided to extend the cooperation agreement connected with the lease of this property”, says Dawid Idzior, Member of the Board, Rockwell Automation in Poland.

Rockwell Automation's headquarters at 49 Roździeńska Street consist of a production building with a total area of over 17,000 sq m. It is located in close proximity to Porcelana Śląska Industrial and Technological Park. Furthermore, the Zawodzie public transport hub is under construction nearby.

“Rockwell Automation decided to extend its lease agreement at the facility owned by Aviva Investors, as the company plans to develop its business in Silesia. Talks concerning the extension of the contract began several months before the expiry of the previous lease. Such an early approach to renegotiating the terms of the agreement allowed us to perform, for our customer, Aviva Investors, a thorough analysis of the tenant's needs and to identify areas for optimization in its current location. As a result, Aviva Investors has strengthened its long-term cooperation with one of the leading employers in the region, illustrating Katowice’s emergence as a hub for industrial automation production and engineering innovation”, explains Ewa Foryś, Consultant at Industrial Agency at JLL.

Silesia is one of the most important business regions in Poland. For years it has established attractive investment opportunities. In fact, the region is only behind Mazovia in terms of regional GDP.

“Katowice is undergoing rapid change, with its transformation led by a focus on state-of-the-art technologies, outsourcing of services and innovation. Businesses also have access to a good quality talent pool, which adds to its appeal in the region. We are pleased to see a company such as Rockwell recognizing these characteristics and strengthening its position here as a result”, adds Rhys Evans, Aviva Investors.

The Silesian plant of Rockwell Automation supplies industrial automation components to the entire European market - including Russia - and to both Africa and Asia. The international giant, which achieves revenues in excess of six billion dollars a year, focuses heavily on developing its branches in Poland.

“Thanks to the many years of global cooperation between CBRE and Rockwell Automation, we knew perfectly well what our customer required. We thoroughly analyzed all the possible aspects of an optimal location for Rockwell Automation plants and remaining in the current location proved to be the most advantageous scenario. We analyzed not only the availability of space at leading suppliers but also conducted a technical audit of the current building. Thanks to the flexible approach and the owner's understanding of our customer's needs, the whole process went very smoothly. Also noteworthy was that the cooperation between the two agencies advising on the transaction, which is not common on the warehouse market,  was pretty much seamless and allowed the process to be brought to a successful conclusion for all the parties involved”, comments Mikołaj Walkowski, Associate Director, CBRE.

"Companies such as Rockwell Automation are strategic, international players who create perspective conditions for both - the development of the economy and the labour market in a particular region. Upper Silesia is becoming more and more industrial and innovative, and this is why the American manufacturer will be strengthening its position here. The company has decided to adapt its current location to further development plans in Poland. A properly conducted process of renegotiating the terms of the leasing agreement results in a long-term contract, which is so important for the domestic economy", emphasizes Mateusz Iłowiecki, Director at Industrial Agency, JLL. 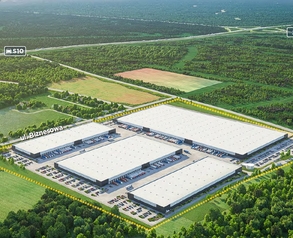 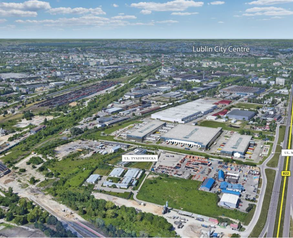