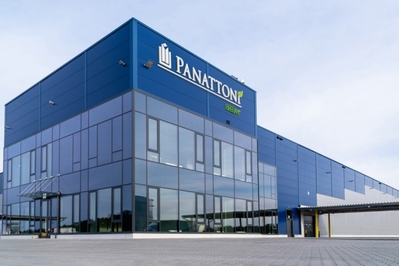 mat. pras.
In following the sustainable development policy, it has adopted, since the beginning of the year, Panattoni has applied for BREEAM certification ratings of 'Very Good' for all of its new developments. Since January, close to 360,000 sqm has been certified at such a level and now more space has been added. The buildings to have undergone environmental assessment include BTS Amazon Łódź (44,800 sqm), Panattoni Park Gorzów Wielkopolski (hall A – 37,600 sqm), Panattoni Central European Logistics Hub (building 2 – 32,000 sqm) and Panattoni Warsaw Janki South (hall 1 – 46,000 sqm). As a result, the total area of the buildings that Panattoni has had certified over the first three quarters of the year is already more than half a million square metres.

“For years we've been setting the trends on the warehouse and logistics market. Now the time has come to fully take part in the green revolution, which is really an evolution. Following the sustainable development, we have adopted - 'Go Earthwise with Panattoni' – from this year on our buildings fulfil even more rigorous standards in regard to protecting the environment and caring for the climate and the local community. By having all of our buildings certified, we are showing others the path that is worthwhile following. It is worth investing in green buildings not only because they limit their impact on the environment but also because they are people friendly and bring measurable savings to our clients,” explains Emilia Dębowska, the Sustainability Manager of Panattoni.

What does a BREEAM certification with a rating of Very Good mean in practice? Buildings constructed under this certification are energy efficient; they make use of rainwater and have fewer noxious emissions into the atmosphere; both their development and later usage are characterised by a reduced carbon footprint. Moreover, such projects protect local flora and fauna and support the biodiversity of a region. They are also extraordinarily friendly environments for workers due to features such as increased access to natural light, large green spaces, and ecological transportation. All of this is demonstrated by the latest certification

BTS Amazon Łódź was awarded the highest possible rating – excellence – in two categories (recycling and transport). During the construction waste was segregated and recycled materials were used. With exemplary waste management, as much as 96 pct of the materials were recycled. A special transport service is to be organised for workers taking into account their needs. On the site of the development, there is a bus station with 14 bays and supporting infrastructure. Alternative means of transport are also promoted. The car park was designed to minimise personal car usage and promote both carsharing and electric vehicles. All the necessary cycling facilities were also included. The building has over 100 places for bicycles – all in a convenient well-lit and roofed location. All the ecological solutions used resulted in CO2 emissions being reduced by as much as 52 pct.

The building constructed as part of the Panattoni Central European Logistics Hub has received the highest possible grade for minimising its use of primal energy, which is due to the use of such systems as energy-saving LED lighting both inside and outside the building as well as control systems installed that measure energy use in real-time and detect possible equipment malfunction. The building also scored highly for minimising its water usage. Use of potable water was lowered by as much as 69.82 pct in comparison to base values. This has been achieved by fitting toilets and urinals with water-saving flushing mechanisms, basin taps with minimised flow and showerheads with aerators.

At Panattoni Park Gorzów Wielkopolski water usage was also lowered by choosing suitable plantings that do not need watering and will be able to cope with future climate changes, including warmer and drier conditions. After consulting with ecologists, twelve trees were planted of four different species, where the original flora had been removed, as well as 37 bushes of two separate species and three types of grass.

Panattoni Warsaw Janki South also leads the way in the building's low energy usage, which has been assessed at 78 pct and water usage has been reduced by 68 pct in comparison to a standard model.