The importance of new locations on the industrial real estate market in Poland looks set to rapidly grow - this is the conclusion that can be drawn from the “Small town, big deal” report prepared by JLL in cooperation with Hillwood Poland and ManpowerGroup. The so-called Big Five still remain the growth engine and continuously attract the majority of investments. However, cities such as Konin, Kielce and Częstochowa are the rising stars of the Polish industrial market. 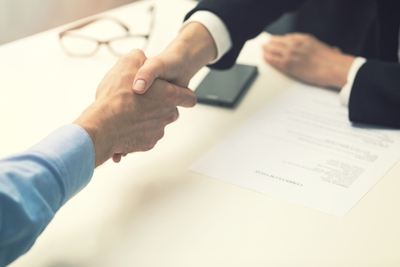 Experts assessed each of the selected locations according to five main criteria: transport and accessibility, labor market, financial conditions, regional competences and the maturity of the real estate market. Each was given a weight reflecting the significance for the theoretical - universal type of tenant. Experts from JLL considered transport accessibility and the labor market to be the most important factors, which altogether accounted for 60% of the total location assessment.

In the analysis, which covered 34 centres with cities and their immediate surroundings of over 100,000 residents, the best ratings applied to four of the Big Five locations: Central Poland, Warsaw, Poznań and Upper Silesia. Stryków received the highest overall rating with 79%. Less obvious locations also attained good results: Konin and Kraków (68% each), Kielce (67%), Legnica-Głogowski District (66%) as well as Zielona Góra, Częstochowa and Bydgoszcz (65% each). The top ten most attractive new locations also included Włocławek, Tarnów and Rzeszów (64% each). Wrocław was lower down in the rankings as its final score was affected by the low mark it received for the local labor market.

– Size-wise, the market in Poland is currently the seventh largest in the EU. Despite the recruitment challenges and rising construction costs, the sector is still rapidly growing, and with the development of road infrastructure, new expansion opportunities can be found in locations which have previously been of little interest. Our analysis of the key location selection criteria by manufacturing and logistics companies has shown that, apart from the five major regional markets, cities like Konin and Kielce also do well. The potential, however, applies not only to relatively large cities, but also to well-located smaller towns, such as Kutno and Częstochowa – comments Tomasz Mika, Head of Industrial Agency Poland, JLL.

The “Small town, big deal” report confirms that the regions that form the Big Five remain the pillars of the Polish industrial market. However, their share, both in demand and supply, has been steadily falling - from 90% in 2013 to 74% in 2018 in the case of leased space, and from 92% to 83% in terms of existing industrial stock.

– The growing share of smaller Polish cities in the industrial real estate market is a consequence of transport infrastructure development, which in turn encourages large-scale investments. The Big Five will maintain their dominant position, but there are many indications that in the next few years warehouses will start to appear more often than before in smaller cities. Thanks to the decrease in unemployment, especially in the largest cities, smaller centres are gaining an important advantage in the area of a qualified employment pool. The cost of land is also significant, as it is much more attractive than in the case of major metropolitan areas – says Hubert Michalak, Head of Hillwood Poland.

In many new locations, local companies whose existing headquarters no longer meet the quality, technical or location requirements, look to become tenants of modern industrial and production space. We can therefore speak about organic demand, which has not previously been seen.

The labor market is crucial as always

The rapid development of the industrial space market is possible in some smaller centres characterized primarily by an attractive and accessible location as well as a sufficient number of potential employees.

– The unemployment rate is an important factor in attracting investors to smaller cities. The unemployment rate has been historically lower in major cities such as Warsaw, Poznań, Wrocław and the Tri-City. In contrast, unemployment in smaller industrial cities such as Radom and Elbląg, which underwent restructuring processes during the 1990s, have been much higher. Human resources in these centers are characterized not only by large numbers, but also by excellent qualifications. However, due to the lack of jobs, many people have left although they would gladly return if there were interesting job offers – comments Marek Wróbel, Commercial Director, ManpowerGroup.

According to data by ManpowerGroup, which was used for the assessment, recruitment of a 100-person production plant crew would be the shortest in Białystok and would take about 40 days. It would take 50 days in Bielsko-Biała, Bydgoszcz, Częstochowa, Elbląg, Gorzów, Kalisz as well as in Kraków and eastern Łódź. The longest recruitment, which would take as long as 90 days, would be in Wrocław or Warsaw and its suburbs.

The decision about where to locate, both in terms of production and logistic facilities, depends on a number of factors. Some factors relate to the type of business, and geographical criteria. Other aspects are influenced by a simple economic calculation, in which lease costs are one of the key elements. They result primarily from the location and type of space and are based on current demand and supply trends, land prices and construction costs. These factors also indicate regional differences. The maturity of a given local market is also significant, as it translates into greater choice for tenants. Investment incentives, or more generally - the investment climate prevailing in a given region - will serve as additional advantages for a particular market. However, it is worth noting, that transport costs amount to, on average, 50% of the overall cost of the supply chain.

The choice of the optimal location for a distribution centre or production plant is even more important for the company's operating results. The ranking clearly shows that demand for warehouse space will no longer be so highly concentrated in the five key regions. According to the authors of the report, along with the development of the Polish economy, demand for space will also be generated in smaller centers. The report identifies the strengths of each location so as to create a tool for their assessment by potential investors.

– In order to make a rational location decision, it is necessary to analyze which of the criteria examined in this publication are the most important for a company's activity. Finding the right balance between transportation costs, availability of labour and rental costs is therefore of crucial importance. With a certain degree of flexibility, taking advantage of the opportunities offered by smaller locations may turn out to be an attractive alternative to the Big Five markets – summarizes Jan Jakub Zombirt, Director, Strategic Consulting, JLL. 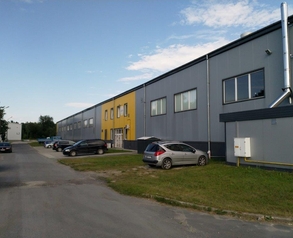 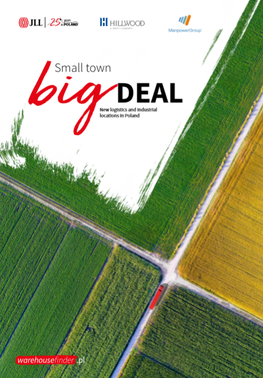