Upper Silesia is without a doubt the most industrialized and urbanized region in Poland, which annually produces more than 13% of Gross Domestic Product (GDP). Apart from blooming heavy industry business, automotive, food retail and engeneering sectors are also in full swing.


The huge demographic potential of a strong culture and work ethic, close proximity of the Czech Republic, Hungary, Germany and Slovakia, and a dense network of roads provide excellent conditions not only for production, but also distribution on a large scale, thus making Upper Silesia one of the most important warehouse markets storage in Poland and Central and Eastern Europe.

The region’s attractiveness if further increased by excellent road network conditions; Upper Silesia is interstected by two important trans-European transport corridors. A4 motorway supports long-distance traffic (including transit) and Drogowa Trasa Średnicowa DTŚ acts as an urban highway between Sielsian agglomeration cities. This route is part of the corridor Berlin-Wroclaw-Katowice-Krakow-Lviv. What is more, A1 motorway – also known as the European route E75 – creates a transport corridor from the north to the south (Gdańsk -Katowice-Zilina), further linking Scandinavia with the Mediterranean countries.

Without a doubt, one of Upper Silesia’s greatest added value – apart from its location and road infrastructure – is Katowice Special Economic Zone, that has been supporting regional business for over 19 years.

Since the beginning of its operations, EUR 4,5 bln have already been invested, turning local economy from heavy industry and mining oriented into a dynamic business environment. Some of the biggest market players running operations in Upper Silesia include GM Opel in Gliwice, Fiat Auto Poland in Tychy, Guardian Industries Corporation in Częstochowa or Electrolux in Siewierz. 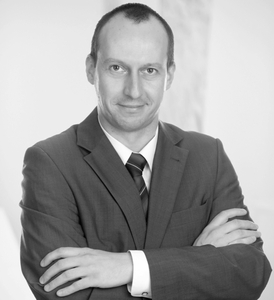 Enter an email and see details

Join and gain access to unlimited scope of data, advanced functions and tools!

Fill in your e-mail address and set a password - no other data is required.